All the versions of this article: / English / français / italiano

EBABX - School of Higher Education in the Arts of Bordeaux, France, is organizing and promoting the summer workshop MARCHONS MARCHONS in partnership with the Scuola del Design del Politecnico di Milano, Italy, which will bring together students, graduates and young professionals from around the world in July, 2012 to work on shoe design.

An international project, the workshop, which puts in close relation design, service design, local territory and creative strategies as defined with partner companies, will involve the making of prototypes.

Thus, the prototype projects will have as objective to reflect this cultural reality, but also to be a concrete process wherein each creation could potentially become an industrially realisable product.

The workshop will put the accent on innovation. The design, style, and fashion aspects of the shoes and research on new materials will be emphasized in order to produce projects which are innovative and could be included in the field of contemporary creation.

• The first week will concentrate on theory with the participation of professors and guests from the EBABX - School of Higher Education in the Arts of Bordeaux and the Scuola del Design del Politecnico di Milano (Emmanuel Gallina, Raffaella Mangiarotti, Laurent Matras, Madeleine Montaigne, Jeanne Quéheillard, Franscesco Zurlo). Visits to partner companies will also happen this week.

• The second week will be concerned with the conception and realization of concrete projects made by different groups of students and young professionals, accompanied by professional designers, professors of the two schools, assistants and technicians.

EBABX will film during the entire workshop and make a documentary video at the end.

This project associates design, style and creative strategies as predefined with local shoe companies involved in the project for their particularly well-adapted profile, which is evidence of their diversity and quality.

This research highlights the value and quality of the patrimony which exists throughout the Aquitaine territory, through the diversity and wealth of its shoe industries, and leads to the exploration of their know-how and experience, which is menaced with disappearance because of globalization and competition from Asia.

The projects and prototypes realized with the companies will be exhibited at the Agora festival in September, 2012 in Bordeaux. 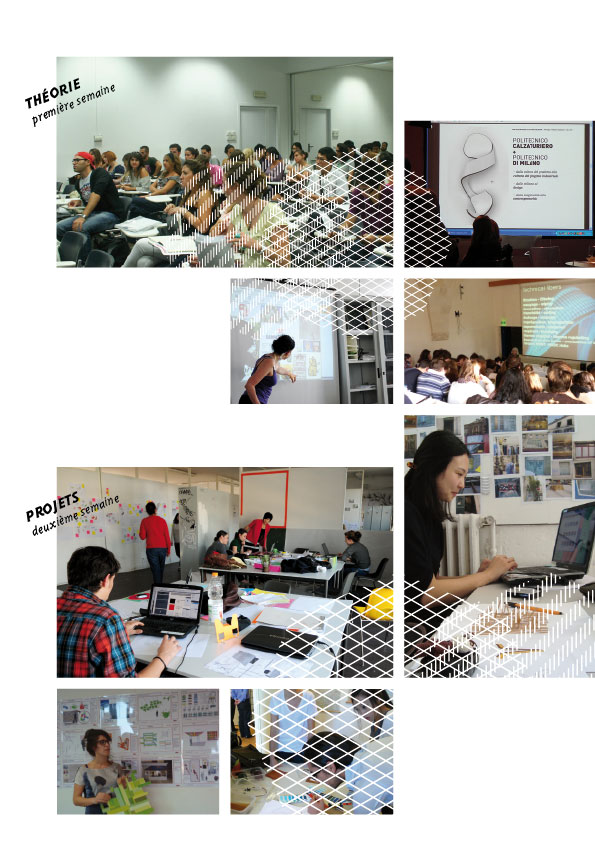